Cojali Group, present at the most important fairs in the world in 2019 Throughout this first part of 2019, our Group has travelled all over the world. Cojali products along with Jaltest Diagnosis and Jaltest Telematics solutions have been present in numerous trade fairs around Europe, Northamerica, Southamerica, the Middle East and Asia, where they have been able to present their products and solutions in a very close way, as well as announcing their most recent news and upcoming launchings.

We started last february with the presentation, one more year, of Jaltest Diagnosis in FleetPride 2019 Kick Off Meeting, that took place in the City of Orlando, United States. An event in which all types of parts and components for trucks and trailers were presented. 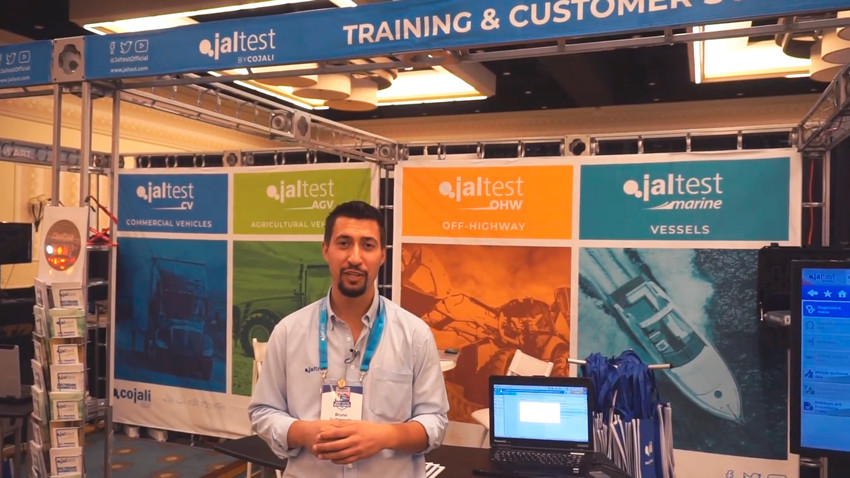 A few days after, we were also present in Italy, more specifically in the city of Verona, where the Transpotec Logitec 2019 fair took place, an event in which heavy duty and commercial vehicles, road transport or aftermarket, as well as second-hand products are presented. There, our products were presented by the Italian subsidiary from the group, Cojali Italia. 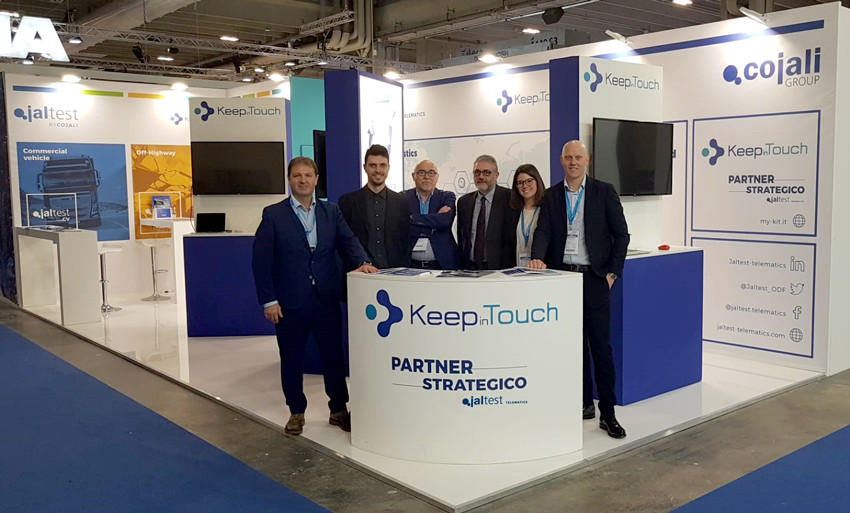 In March, large part of our Group was presented in Madrid, at Motortec Automechanika, the leading fair for the automotive industry in Spain, where Cojali products along with Jaltest Diagnosis and Jaltest Telematics solutions were presented for four days. 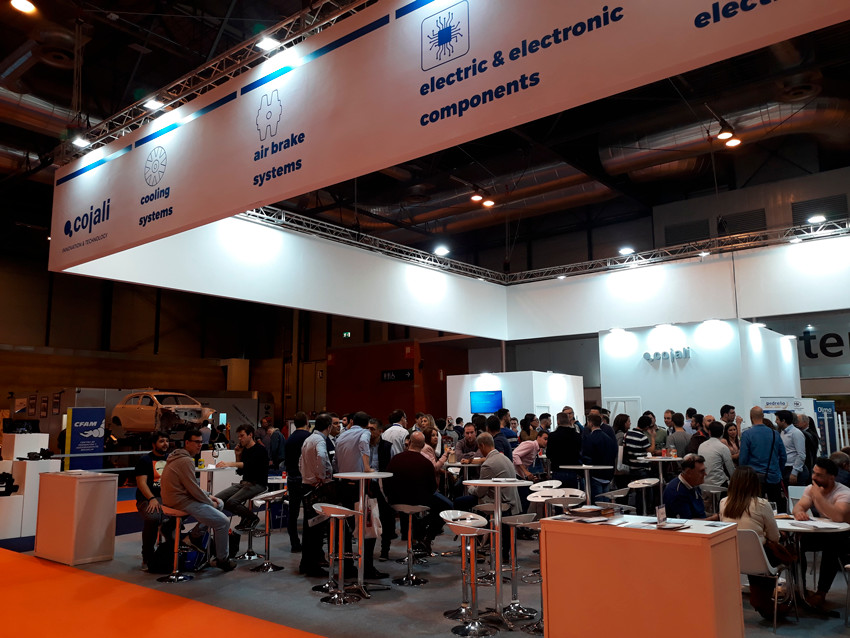 In addition, in this fair there were different activities like "The sector of the Commercial Vehicle. New challenges 2020", a series of round tables discussions in which Cojali participated together with other companies or events along with companies of international scope. Cojali also organized a Conference with university students in which they had the opportunity to learn about the company and its operation. 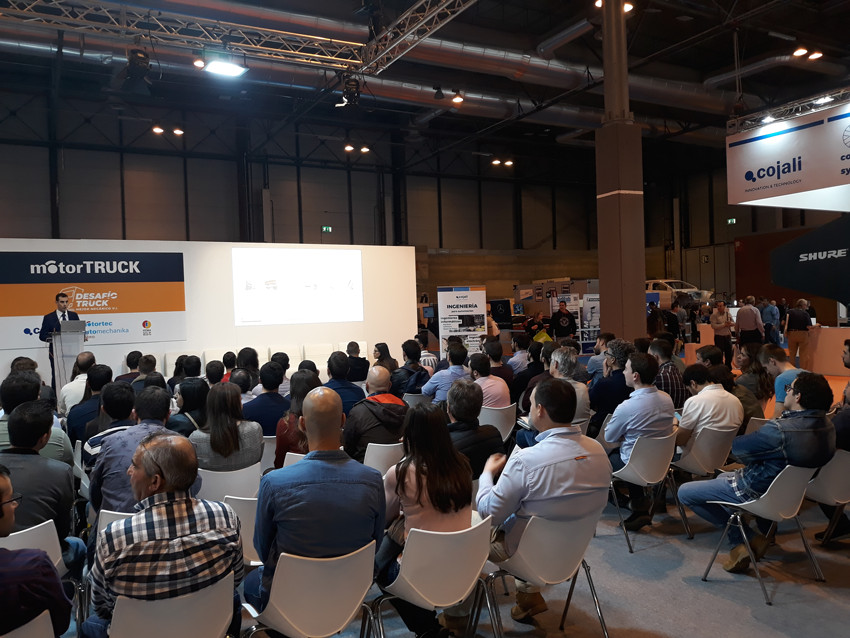 Furthermore, in this fair, José Rodríguez, from Antonia Alcaraz Párraga workshop, became the best technician of Spain through the contest Truck Challenge, organized by Cojali in which the theoretical and practical knowledge about electromechanics were tested with 4 tractor heads where the practical tests were carried out. 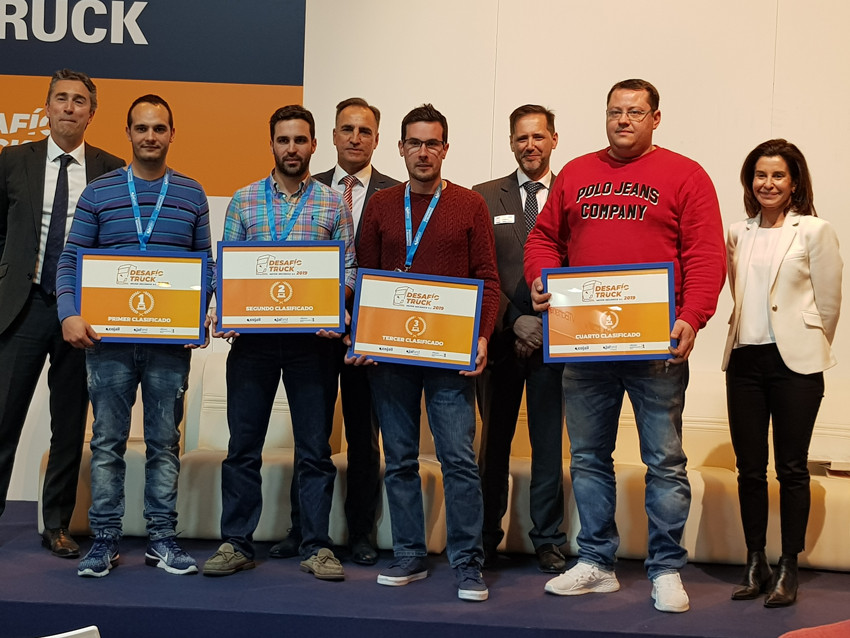 The winner of Truck Challenge (second from the left) together with the 2nd, 3rd and 4th classified. // Photo: Cojali Group

Following March, our colleagues from the subsidiary Cojali USA attended, one more year, the TMC of Atlanta, one of the major fairs of professionals from the truck sector, vehicle manufacturer and component supplier celebrated in the United States, to present there all the possibilities and coverage of the Jaltest Diagnosis project. 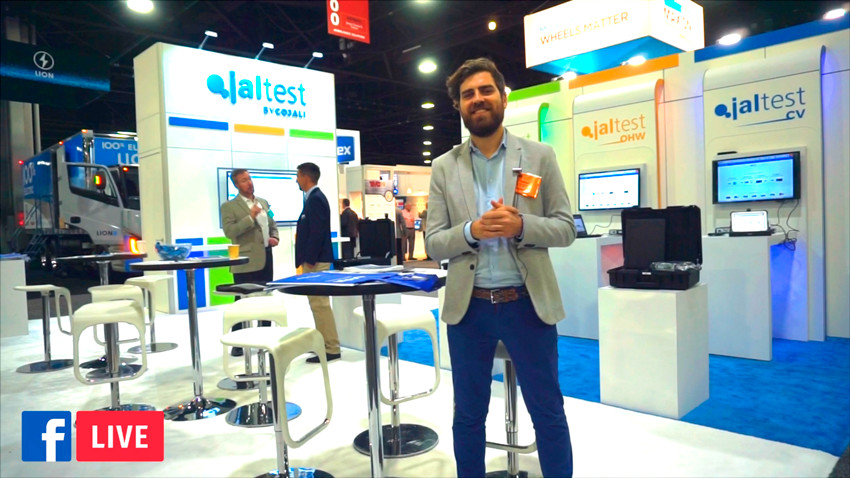 Sales agent of Jaltest making a presentation of the products // Photo: Cojali Group

In April, we travelled to Turkey to return to Automechanika Istanbul, the world’s third largest trade fair in the automotive sector. In this event, we were present along with the main companies of this sector in Turkey and around the world. There, the sales team was presenting the Cojali products and Jaltest Diagnosis to 48.000 visitors and more than 1.390 exhibitors. 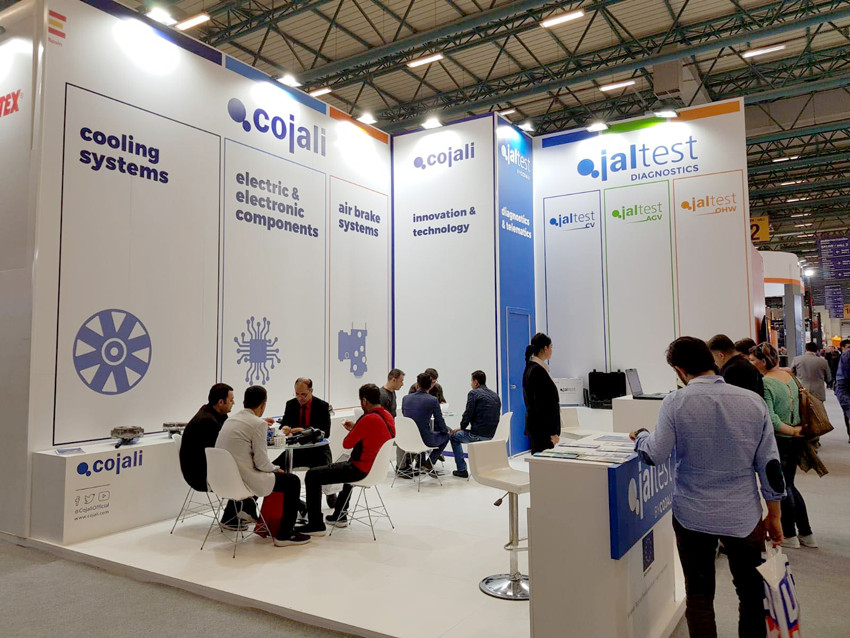 Throughout this month, we also visited other fairs, such as Bauma in Germany or Automec Sao Paulo 2019 in Brazil.

The first one took place in the city of Munich. In Bauma, some of Jaltest sales agents were present to show the tool to the German public. This is one of the largest trade fairs in the world in which all kinds of innovations for construction machinery are presented. 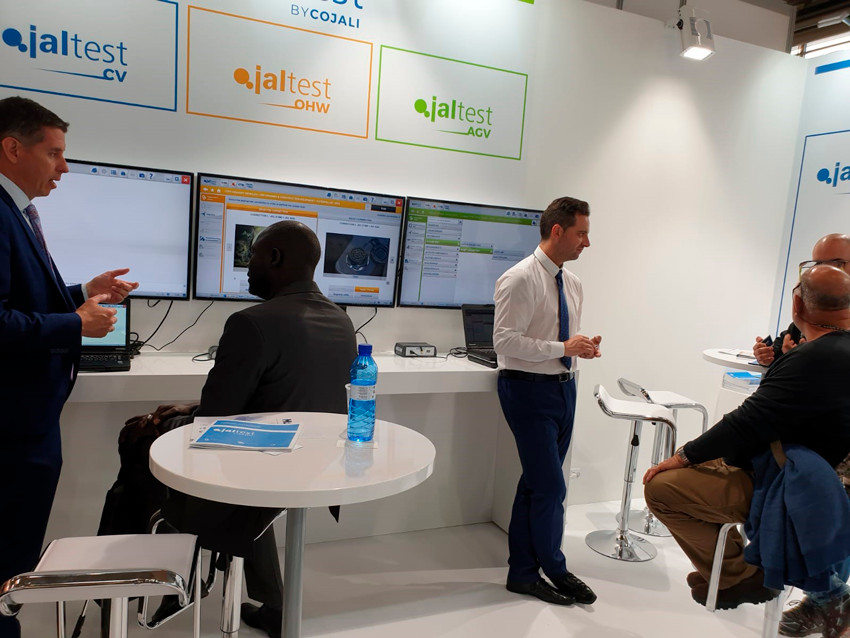 The sales agent of Jaltest presenting the products to the public // Photo: Cojali Group

The other great fair we have mentioned previously is Automec Sao Paulo, a benchmark fair in Latin America for spare parts and repairs sectors for commercial vehicles, which also took place in April in the Brazilian city. Jaltest Diagnosis tools were also successfully presented there in their different coverages for Commercial Vehicles (CV), Agricultural Vehicles (AGV), Construction and Off-Highway and Construction equipment (OHW) and Vessels (MARINE). 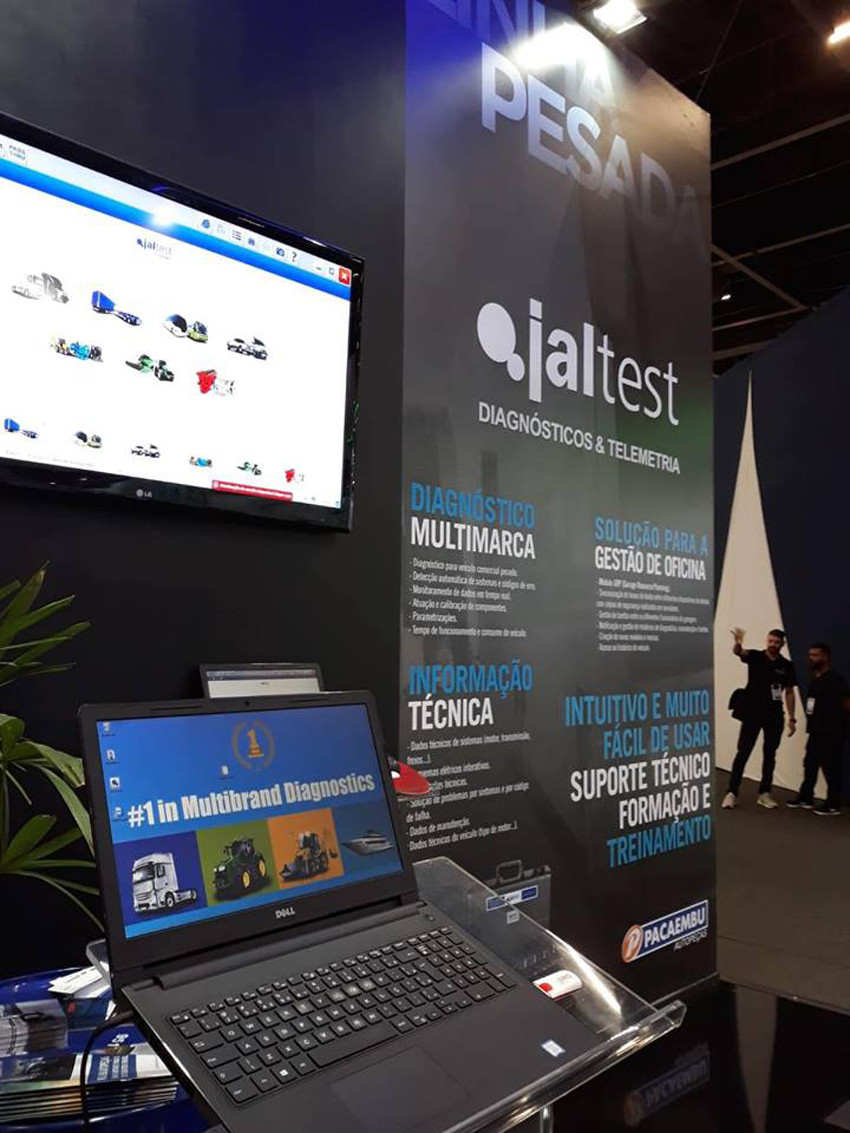 During May, we were in Hungary to be present, one more year, at the Autotech Future fair OF Budapest, a unique event of automotive technology in Central Europe with a select list of exhibitors. In this fair, we presented our products of Cojali, Jaltest CV and Jaltest Telematics to the thousands of visitors and experts who were there. 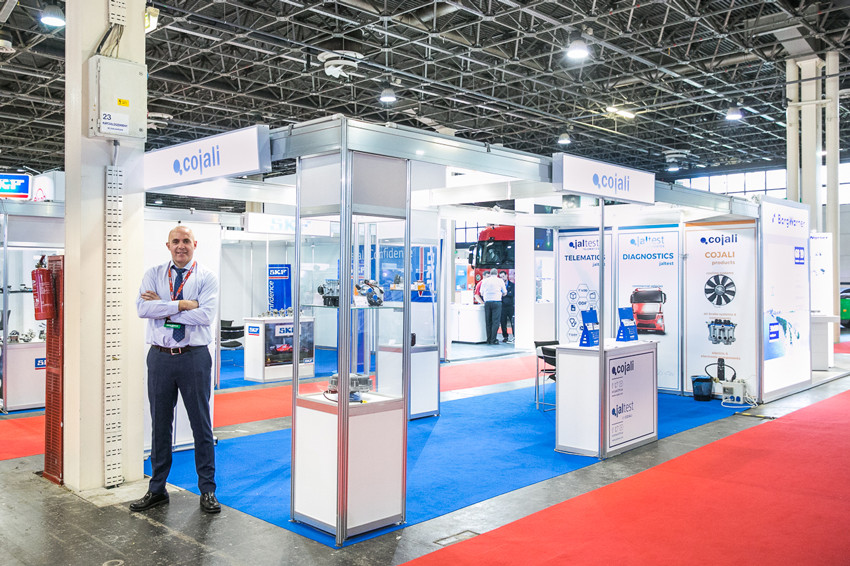 One of the sales agents poses in the stand of the Group // Photo: Cojali Group

By the same time, we were present in Portugal, at the Expomecánica fair of Oporto, one of the major automotive fairs in which innovations in spare parts and systems, accessories, repair and maintenance are presented. There, we were with our products Jaltest CV and Jaltest Telematics. In addition, one of our sales agents made a presentation to present products and innovations of Jaltest Diagnostics & Telematics. 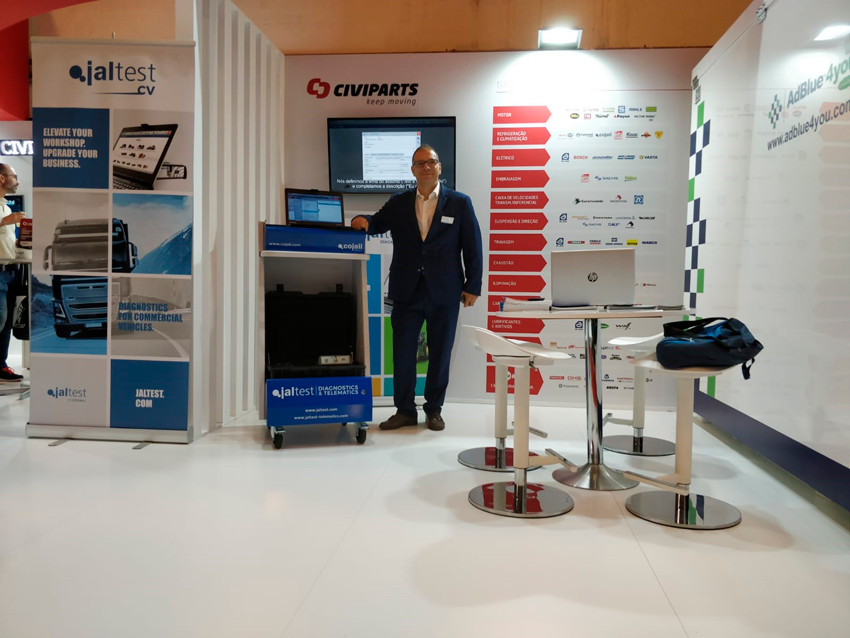 Sales agent next to the products of Jaltest // Photo: Cojali Group

Secondly, we were present at the Expoproveedores fair, in Monterrey, an event in which assembly plants, trailers and bodyworks manufacturers, manufacturers, distributors and suppliers of these products, as well as service providers to the transport, load and passenger industry. 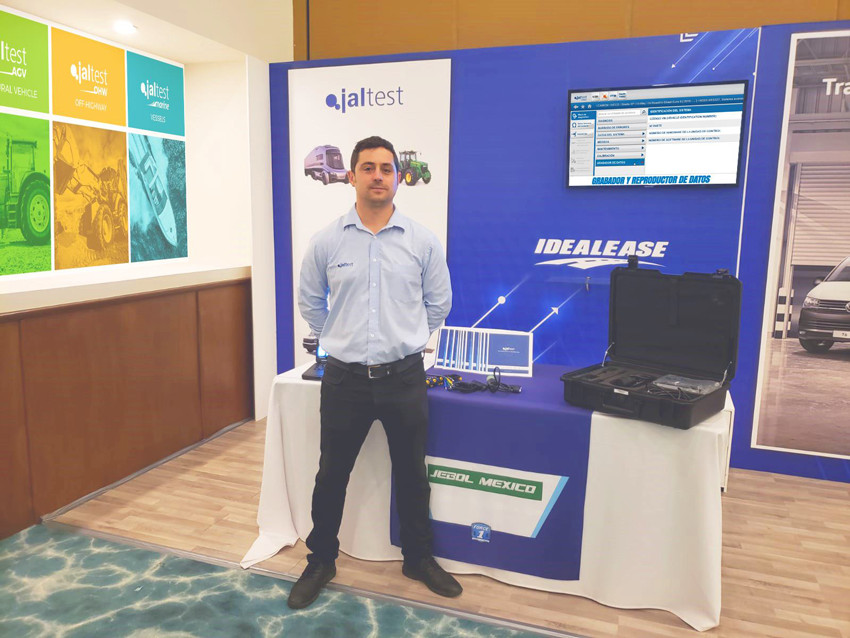 Sales agent of Jaltest in the stand of the products // Photo: Cojali Group

At the end of May, we also visited the Autopromotec Bolonia fair, which was held by the subsidiary Cojali Italia. This is a fair with lots of experience and every year has the presence of internationally renowned exhibitors in the automotive aftermarket industry. In this fair, we were presenting our products of Jaltest CV and Jaltest Telematics.

In June we have visited two important fairs. Firstly, we came back to Munich to participate in the Transport & Logistic trade fair, one of the world's leading trade fairs in logistics, IT and transport. At this fair, three professionals from the sales team were presenting all the products of Jaltest Diagnosis and Jaltest Telematics. 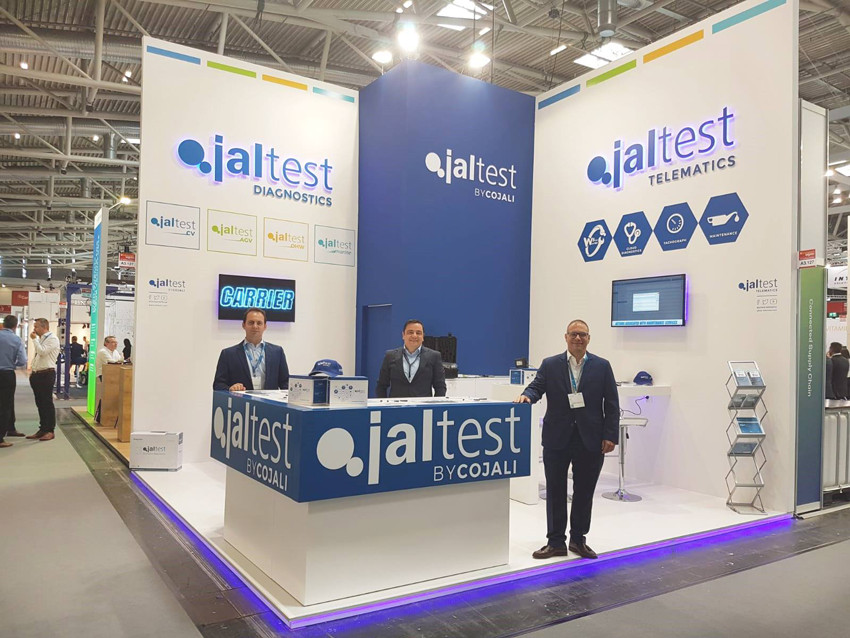 Cojali Group sales agents in the stand of the Group at Transports and Logistics // Photo: Cojali Group

We have also been present in the United Arab Emirates to participate once again in the Automechanika Dubai fair, which this year celebrated its 17th edition. It is the major international trade fair of the automotive sector throughout the Middle East and it is focused on the truck and bus sector. 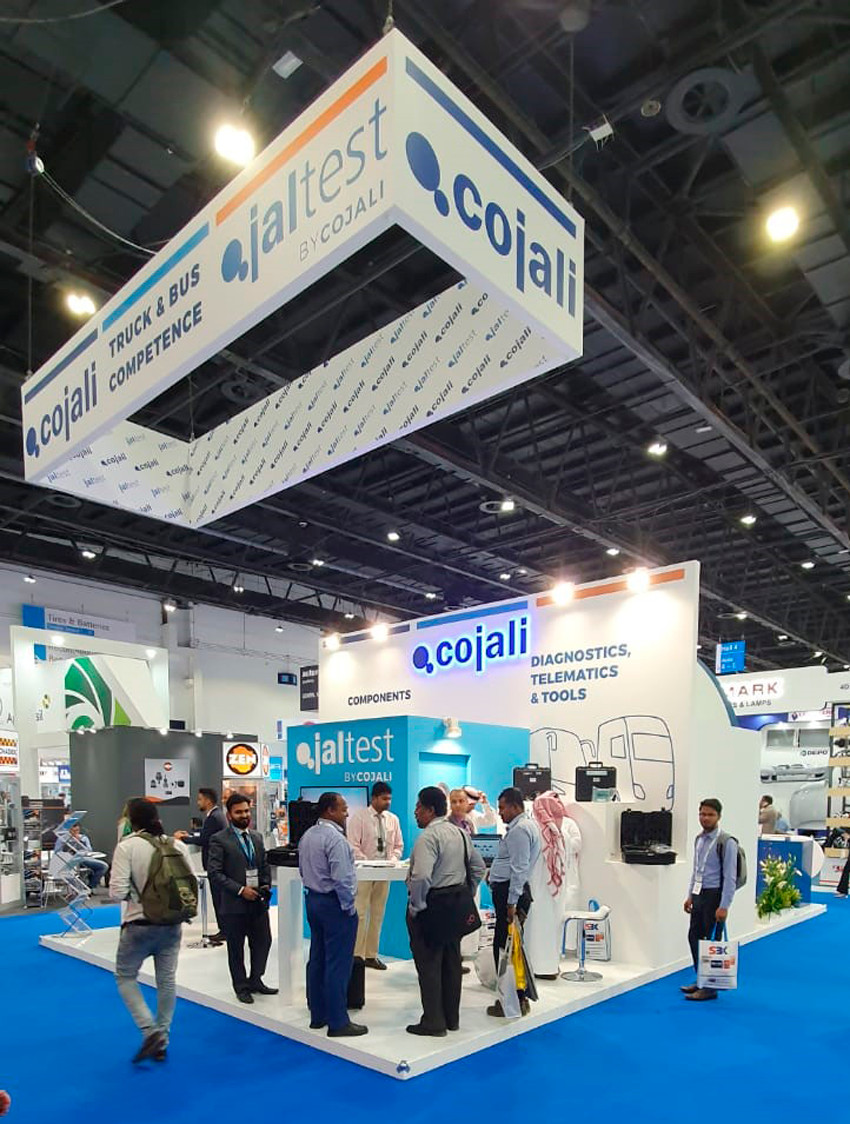 We have also visited the Autos Truck fair in the city of Bydgostia, Poland, an event where exhibitors showed all kinds of products for commercial vehicles. There, we presented all the products of Jaltest Diagnosis and Cojali to the demanding public of Eastern Europe and together with other important brands worldwide. 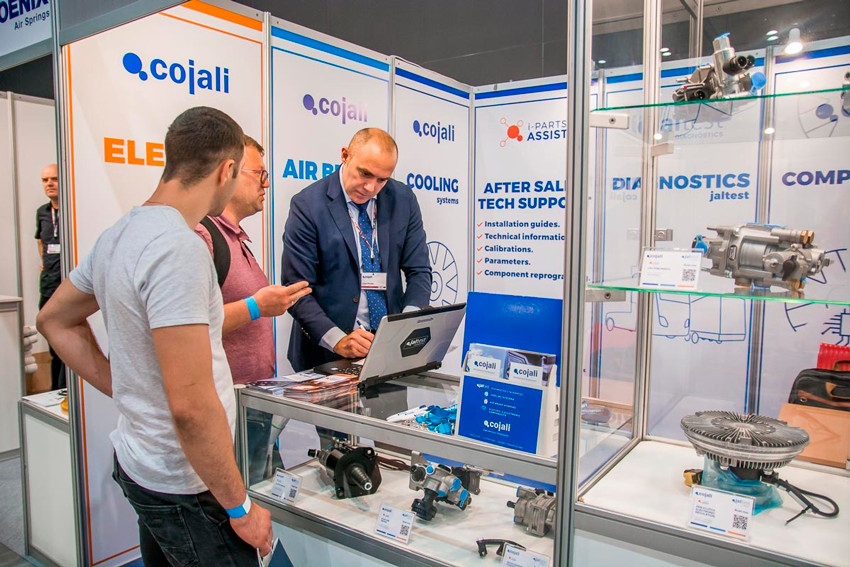 Cojali sales agent dealing with the public in the stand of the Group // Photo: Cojali Group

Finally, during the 27th, 28th and 29th of June, we were present at the Tool Dealer Expo of ISN, an event of great relevance for the Group since it is organized by the most important company in the distribution of professional automotive tools in America. It is an event that took place in Orlando, United States and we were present with our subsidiary, Cojali USA.

Cojali USA sales agents dealing with the public in the stand of the Group // Photo: Cojali Group

Next September, we continue with our participation in the following fairs:

Throughout 2019, the Cojali Group will be represented in 24 of the most important fairs and events in the world, in a total of 14 countries all over America, Europe and Asia.

Original part numbers are used so as to identify the products we sell, in the sole purpose of customers recognition of the items sold.
In Cojali cookies are used to improve the user's online experience. If you continue navigating, you are accepting their use. You can obtain further information in our Cookies Policy

In Cojali cookies are used to improve the user's online experience. If you continue navigating, you are accepting their use. You can obtain further information in our Cookies Policy